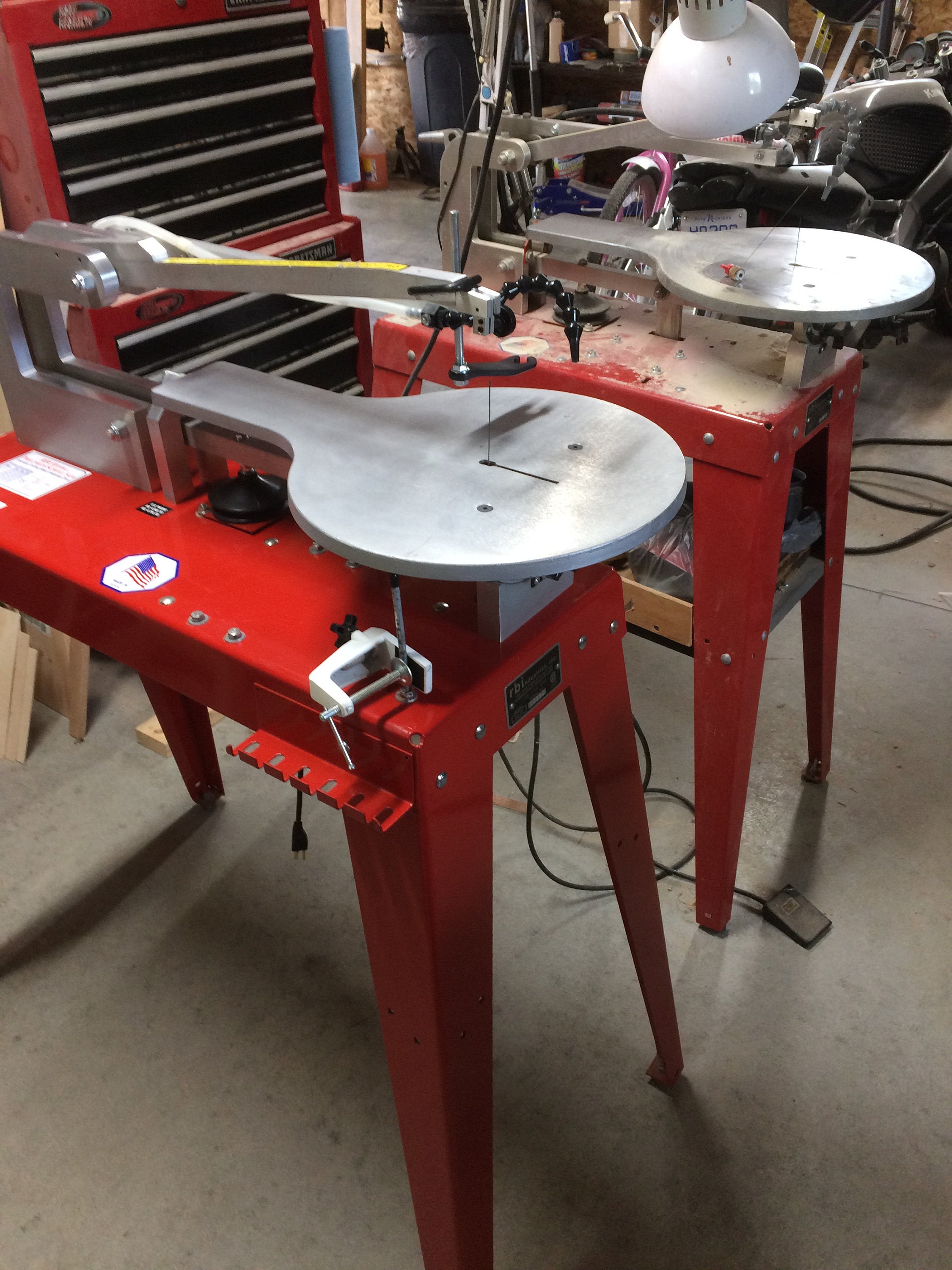 Welcome To My Scroll Sawing Story

In 1998 I became a stay at home dad and after a couple years when the kids became a little bigger.. I asked my father if I could have his old Delta 2 speed scroll saw as he bought a new one. He was thrilled to give me the old saw so he could stop tripping over it in his small shed / workshop. He warned that the saw wasn't working correctly as it was worn out.

Anyway after bringing the saw home ( 1998 ) and finally months (1999 - 2000) later after getting some saw blades for it.. I turned it on and tried sawing a 2 x 4 in half.. ( yeah right a scroll saw isn't a tool to cut 2x4's with as it's more for fine detail work in thin materials ).. Getting frusterated after 5 minutes of cutting and not even half way through the 2 x 4 I turned it off and threw the saw under the workbench.

Fast forward to late November 2006 on a cold snowy night.. I was looking for something creative to do.. and got to thinking about my father ( he had passed away in 2003 ).. I started looking online about scroll saws and started reading how to use them.. I sort of knew what could be done as I had seen my father saw things, but at the same time I didn't know anything, LOL

I come across a site that a person was turning peoples photos into wood photos using a scroll saw.. that got me to thinking.. My wifes cousin had passed in Feb 2006 at 26 years old.. she had cystic fibrosis. I wanted to make my aunt a picture of her. So I brought the old saw in the house and set it up on top of our old chess freezer ( while my wife was at work of coarse :)  ) and practiced a few cuttings. With lots of trial and error ( mostly error ) I was finally learning to use the saw. So I bought some thin boards at a local lumber store and started playing around with making templates of my cousin..

I ended up making the portrait of my wifes cousin and nobody knew it until Christmas when there was a surprise gift under the tree for aunte. They all asked me where I had that made.. EVERYONE LOVED IT! and of coarse many with tears..  My kids spoke out before I could say where I got it.. ( Dad made it with grampas old saw)

Over the next few years I had made everyone Christmas / Birthday gifts etc.. Finally a couple years later I made a tribute portrait of my father or all my ( 6 ) brothers and myself. Everyone kept saying that I should sell my crafts.. finally after a few more years I put a few things online to sell.. Didn't really get real involved with selling until 2014.

Thank you for reading my Scroll Sawing Story, Check back often.. I plan to put up some videos of me sawing and show how some of my items are made etc..